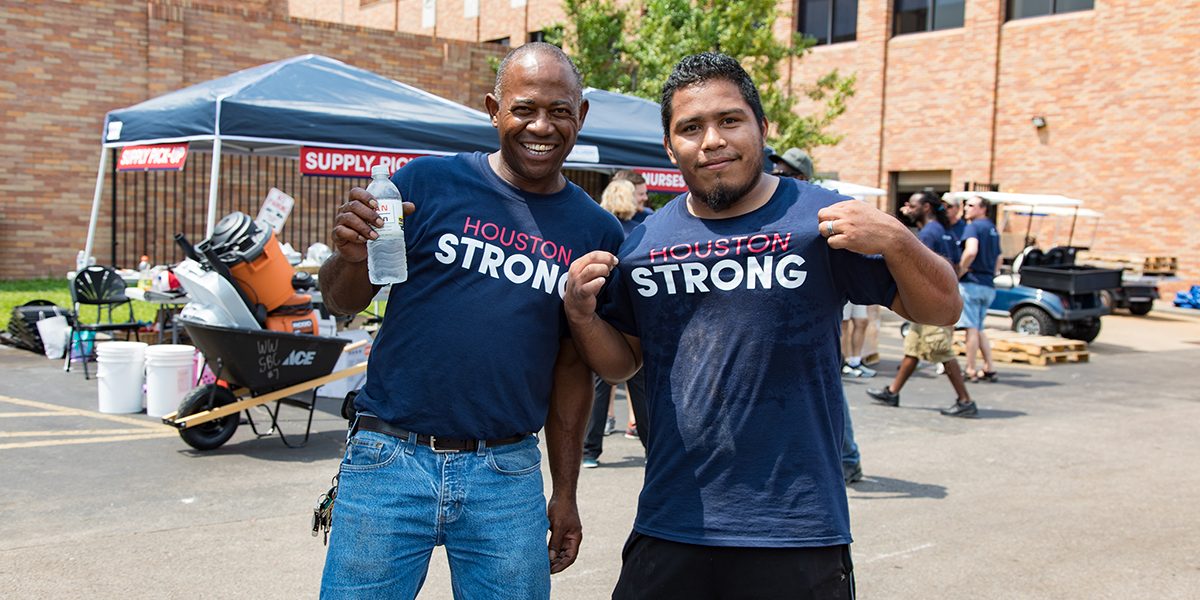 When Hurricane Harvey made landfall over the Texas Gulf Coast in late August of 2017, people feared the worst, and those fears were undoubtedly confirmed. Harvey was a record-setting category four hurricane – the first of its kind to make landfall in Texas since 1961. One of the hardest hit areas was the city of Houston, with a devastating 140,000 homes damaged throughout the city.

As rain was dumped over Harris County, the water rose quickly. Homes were filling up with water before people could evacuate, entire neighborhoods were disappearing in the floods, the interstates transformed into rushing rivers. Recreational ski boats became rescue vehicles, and their owners turned into members of the search & rescue teams. The catastrophic flooding affected everyone – rain does not discriminate.

Once the rain finally stopped, those first several days were crucial – homes needed to be cleaned and dried out quickly, before mold was able to set in. Time was of the essence, and there was so much to be done: people still to be rescued, housed, and fed, homes to be gutted and cleaned, lives to be rebuilt. Where to even begin?

Second Baptist Church of Houston wasted no time in mobilizing efforts to start administering aid, but they had to start somewhere. There were several large questions that needed to be addressed. What is the best way to help? What are the actual physical needs? Where are the largest needs?

In the wake of the storm, Houston needed two things: supplies and a plan. Therefore, Second Baptist decided to set itself up as a both distribution center and an operations center. Second Baptist is amazing at operations: they excel at mobilizing complicated efforts, and there is no end of willing and able volunteers to execute the jobs well.

Enable was able to help Second collect data using a web form to know where the needs were, the level of urgency for each case, what was actually needed, and how best to help. An entire database was set up specifically for Harvey relief requests, so people could receive aid quickly and efficiently. Enable maintained the data system, making sure volunteers were assigned to the right places at the right time and that the cases remained up to date. Second Baptist relief efforts were administered to church staff, members, and non-members alike. Several beneficiaries of relief came out as volunteers themselves. The operations spanned across all six Second Baptist campuses to be able to reach people in every affected part of the city. 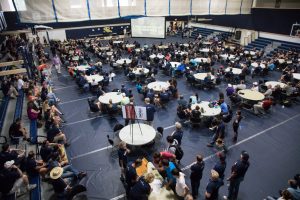 The entire operation adopted the battle cry Houston Strong, and love went to work. Second Baptist is a very large church and was a natural hub for volunteers. Other churches in the Houston area had plenty of willing volunteers, but not the operational support, so they brought teams to join Second’s relief efforts. In answer to Pastor Dr. Ed Young’s call to surrounding companies, businesses in Houston and even some from out of town shut down for days at a time and bussed their people to Second Baptist to volunteer their work days to the relief effort. 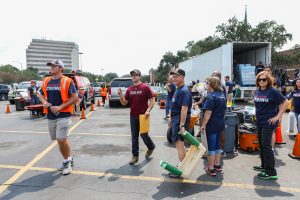 There were teams of physical labor volunteers mucking out homes, teams dedicated to getting meals out to work crews, teams dedicated to organizing and distributing supplies to volunteers, an entire “needs” team whose job was to find out what the specific needs were and organize them so they could be met, and so many more. Everyone had a role, and it was such a tangible example of the body of Christ working together in their different roles and capacities to be the hands and feet of Jesus.

Plenty of people were willing to volunteer their time to help – Houstonians, other Texans, even people from out of state, and the outpouring of generosity and love for the city of Houston in the wake of the flooding was just as powerful as the storm itself. However, the way that Second Baptist Church was able to leverage technology to organize the data so that they could mobilize effectively is what made their relief efforts so impactful.