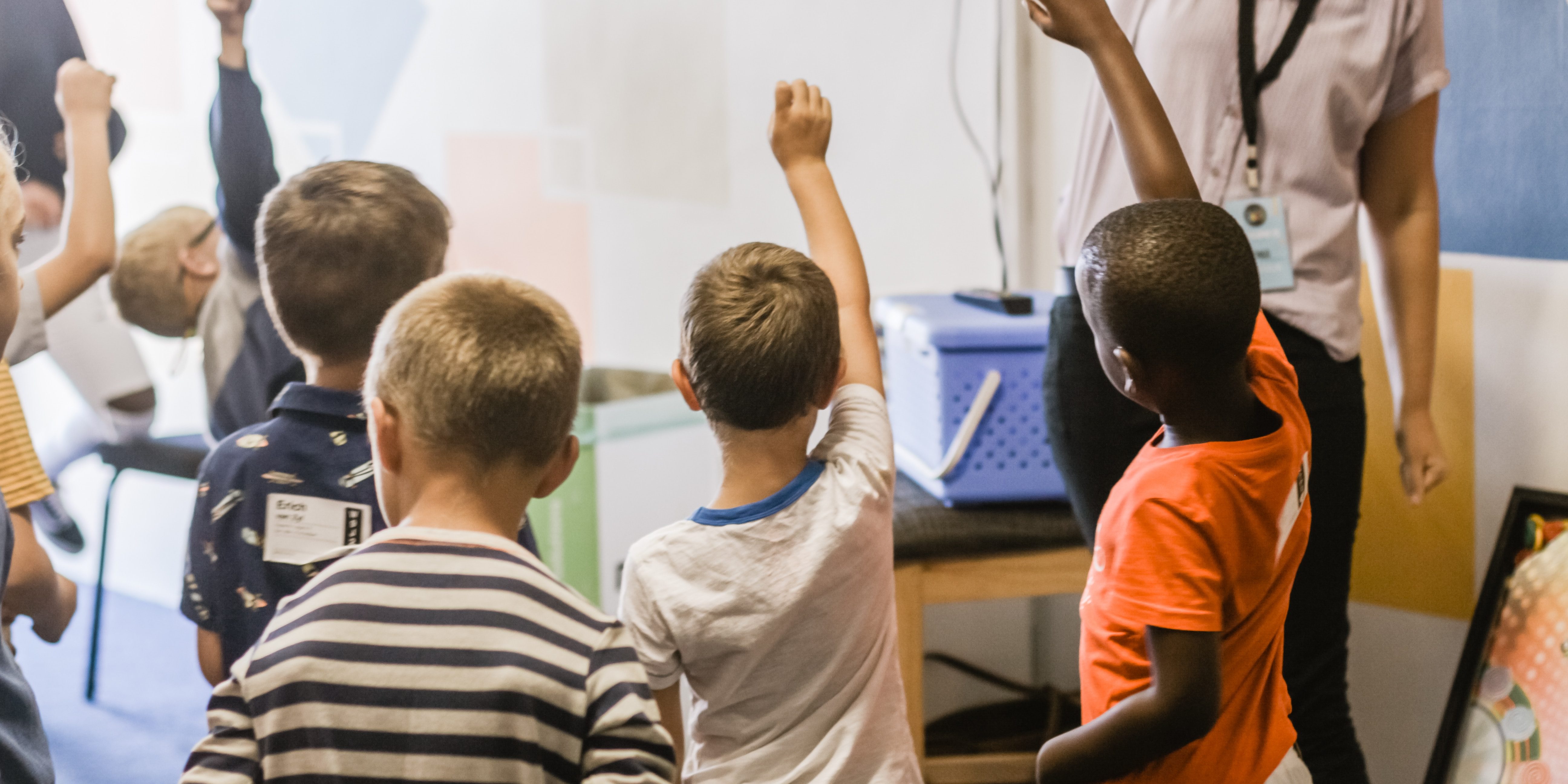 Meeting Kids Where They Are: Utilizing Technology in your Children’s Ministry

Tess Nordick works in children’s ministry at Irving Bible Church in Irving, Texas. Before joining the church staff, Tess worked at IBM for ten years. Technology innovation has always been a big part of her world. One of Tess’s strongest ministry passions is pursuing ways to help make church involvement more relevant to kids. She believes that incorporating technology into her ministry can help kids make connections that go beyond Sunday mornings.

There’s no denying that technology is a huge part of kids’ lives today. They interact with it at home, at school, at grandma’s house, and pretty much everywhere else they go. It’s often how they learn, how they’re entertained, and how they communicate. Many times, church is one of the only places that doesn’t afford access to the technology they are used to; unfortunately, this can make church feel irrelevant or inapplicable to their every-day lives. Therefore, Tess strongly believes in incorporating technology into Sunday School.

Utilizing technology in a healthy way and “meeting kids where they’re at” can help kids better connect with what they’re learning in church! Jesus met people where they were –Tess’s heart is to explore ways in which we can follow Christ’s example of engaging people at their current stage of life, belief, and understanding, and take the message and application of the Gospel to our kids and the church at large.

Tess’s efforts to utilize technology to connect kids to the things they learn in Sunday School are working, and the following story is an example of just how impactful using technology in this setting can be!

One week, in the fourth and fifth-grade boys’ Sunday School class, the lesson dealt with the concepts of persecution and gratitude. Tess highlighted the point that persecution for faith is not just a thing of the past. She explained that even though such abuse is not blatant or intense in the United States currently, in several countries worldwide, Christianity is not just discouraged – it is illegal!

Hearing the reality of how different their lives and opportunities are from many others around the world was an eye-opening concept for these young boys. As she explained this new perspective to them, Tess could see their world view shifting. The boys were both fascinated and appalled. She could sense a deep passion in them as they grappled with this hard truth about how others paid a steep price for their faith.

Tess left church that day with the kids’ reactions to the lesson heavy on her heart. “How can we do something to help them engage more with this topic of the persecution suffered by fellow believers? I see their passion for it, and I want to help them connect further to this!”

She went home and did some research, and came across the site PrisonerAlert.com, which is an extension of The Voice of the Martyrs ministry. The website exists to allow people to easily write and send encouraging letters to those imprisoned for their faith around the world. It lists prisoners’ names, provides a photo of them, where they are in the world, how long they’ve been imprisoned, and gives a small “bio” with details about their life and reason for their arrest. After selecting a name, you are then able to choose from a list of pre-translated phrases, to piece together an encouraging letter specifically for that person! PrisonerAlert then takes care of translating the messages into the language of the prisoners and makes sure that the letters are delivered. When Tess discovered this fantastic tool that connects fellow believers around the world and encourages those who are suffering, she knew she had found something that would be perfect for the kids in her Sunday School class. She decided to introduce the tool to the class on the following Sunday to reinforce their lesson about persecution and gratitude.

“But how to make it work in the classroom?” she asked herself…

Tess communicated her vision to the Enable staff at Irving Bible. Without any additional funding at her disposal, she wanted to set up an interactive, hands-on environment for the kids’ lesson using any available technology. Enable staff stepped up, and with a few simple pieces of equipment – spare laptops, a portable monitor, and an extra printer – they put together multiple functional workstations for the group of kids to use while writing letters to prisoners.

The stories and the pictures helped the kids really connect with the issue of persecution, and opened up a lot of important discussions. The real-time examples of people taking extreme risks for their faith opened up the question in their minds – “would you take the risk?” Tess and the other children’s leaders were able to walk through these important concepts with the Sunday School class and help them wrestle with the reality of what it means to surrender your life for the Gospel!

Tess described it asone of the most important and impactful lessons that the class has ever had, in large part because they kids were able to interact in the way that they’re  most familiar with – through technology! Technology helped the lesson to come to life for the kids and connected them to the issues in an emotional, tangible way. Tess was overjoyed with their level of interaction with the letter writing.

“They really combed through and read all of the phrases, and worked hard to compose good, encouraging letters. They REALLY engaged. Several parents from the class have asked for the website since, as their children have asked about it at home, wanting to write more letters!”

Our purpose at Enable is to help churches utilize technology to enable ministry. This story is an example of how one woman used her passions and resources to invest in the kingdom and make an impact. The ripple effect of her efforts is only now beginning to emerge.  The children in her class were pointed to a life-changing place of gratitude as they became aware of the very real issue of people persecuting believers around the globe for no reason other than their faith. Imprisoned believers around the world were impacted by receiving sustaining letters of encouragement from fellow believers. Enable staff who were involved with helping set up the technology to make the Sunday School lesson possible were impacted and encouraged by the privilege of enabling ministry through technology!  And Tess was encouraged and motivated as she saw that God could use her unique passions and talents to help make a difference in the lives of many, both here and abroad.

Ministry Spotlight: For Every Alaskan
August 12, 2019