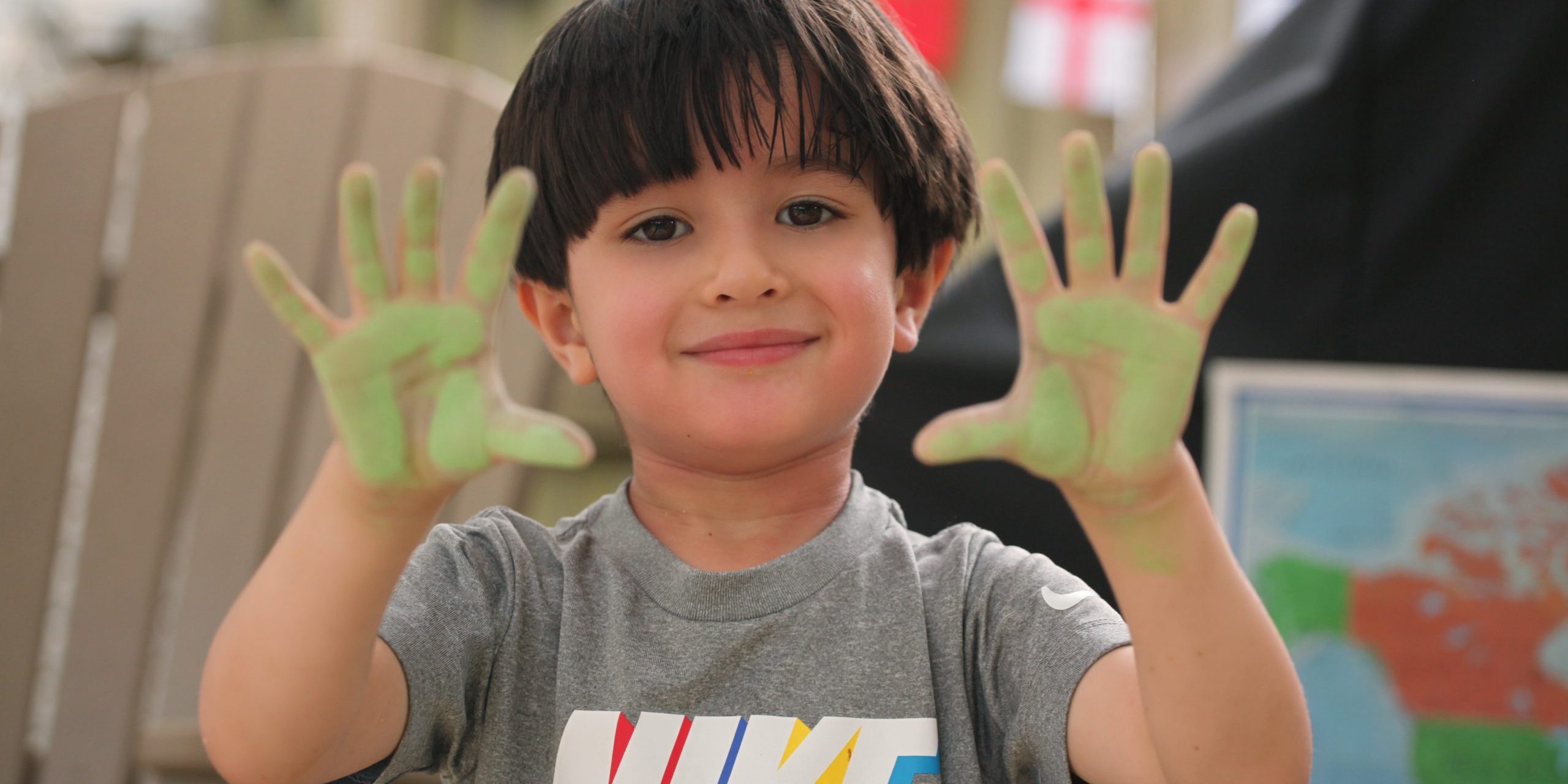 This month’s ministry spotlight feature was written by team member Elle Snyder, a member of Enable’s marketing team. Elle lives in Memphis, Tennessee and attends Second Presbyterian Church. She served as a volunteer for Second’s VBS program this summer, and shares about her church’s unique approach to their annual summer program.

Our communities are still dealing with the effects and repercussions of COVID-19 and “getting back to normal life” isn’t quite so simple these days. Second made a bold move to still host their annual summer Vacation Bible School program this year for their children’s ministry, but with some very creative twists. Instead of planning for a regular VBS program at the church, Second adapted its programming to be held off-campus in church members’ backyards. This “pop-up VBS” approach allowed kids to stay within their own communities and outside, limiting contact and group size.

Needless to say, a lot of planning and coordination went into this city-wide effort. It required help from all departments of the church to pull this off: children’s ministry, youth group, communications, marketing, finance, and of course, members & volunteers.

How the Idea Came About

VBS planning began back in February 2021 and the Children’s Ministry team began brainstorming options. The Children’s Ministry team includes Kirsten Scheel (Early Childhood Coordinator), Lucy Stevens (Elementary Coordinator), and Dylan Franklin (Director of Children’s Ministry). With the mindset of safety, the idea of backyard VBS seemed like a win-win. Smaller, contained groups meeting outside in people’s backyards kept kids within their communities, limiting opportunity for a mass breakout, and reminded everyone of summer camp. What kid doesn’t love summer camp?!

Second’s leadership team had been praying through how Second could engage the church and their community through the impact of neighborhoods, so they enthusiastically approved the idea – VBS would do exactly that! Using each child’s address, Kirsten manually created the VBS groups based on location. This created short commutes for the families and put the focus on communities and neighborhood involvement.

In pre-COVID times, Second hosted over 800 children on campus during their VBS program. This year, while numbers were smaller, God’s hand was still at work. With about 225 kids registered and 12 host homes, it allowed for the perfect size groups to be each home.

Technology Required to Make it Happen

In order to pull this off, the Children’s team knew it would require a lot of help from volunteers. They utilized email and text to communicate with the hosts. Each host was the leader of their pop-up VBS group and communicated directly with the volunteers assigned to their house. The team used Touchpoint, the church’s Church Management Software, for registration and email communication to parents.

During VBS, it was up to each home to determine what technology they needed to make it successful. Most homes kept it simple with just speakers for music and iPads for Bible lessons. The focus of the week was having fun together outside, so not much technology was required!

Hosting VBS in member’s homes did offer some challenges. Inevitably, a lot of pressure was put on the hosts, including set up, clean up, and keeping the kids entertained just to name a few, so some adjustments were made to the program to make things a little easier on the volunteers. Instead of the normal 3 hour VBS day, the schedule was shortened to a 2 hour day. While both the curriculum and craft were provided by the church, the music and games portion of the day was handled by volunteers. There was a lot of creativity involved and these volunteers really stepped up so these kids would had fun.

The youth group normally performs skits for the VBS kids during normal summers, and it’s something the kids look forward to each year. The performances are a crowd-favorite, so the youth group figured out a way to still make it happen. They took their show on the road, and made a travel schedule to visit each of the homes throughout the week. The kids loved it this special treat!

When VBS is onsite at the church, older members of Second volunteer by serving meals or snacks to the kids. As a wise precaution, this crowd was not as involved this year since it was not held at the church. While this was downside to this year’s VBS, hopefully next year everyone will be back on-site and these members will be able to be involved again.

God Showed Up in Big Ways

There were a lot of kids that came to VBS this year that do not have a church home. Because the camp was hosted in their neighborhood, typical “barriers” were removed which made it easy for them to attend. There was no intimidation of a large campus, no long drive to get to the church, no large overwhelming crowds filled with people they had never met, etc. They were invited by their neighbors who they knew, and they were in a small familiar setting all week. The Gospel was shared to some kids for the first time that week!

Another thing that smaller groups allowed for was intentional time for children with special needs. One host home was able to successfully meet the needs of a child who would have been overwhelmed in a large group. In the safety of a familiar backyard with the same 20 people each day, the child thrived and had a lot of fun! His parents could rest easy knowing he was happy, taken care of, and not far away.

Dylan says her favorite thing about VBS this year was watching everyone’s strengths come out. A lot was needed from the volunteers to pull this off, and everyone really stepped up! Second’s members owned the games and music section and Dylan says she loved seeing people step out of their comfort zone and volunteer in an area you wouldn’t expect —and be really good at it!

From my Perspective as a Volunteer

As a member of Second Presbyterian Church and a volunteer this year, I was so impressed with the church’s attention to detail. They wanted to ensure nothing was missed even though we were off campus and trying out a new way of doing things for the first time. For example, there was a team specifically designated to handle snacks, not only for the kids but for the volunteers as well. They made sure we were taken care of.

My favorite part of this summer’s VBS was the community outreach. By doing things “abnormally,” we were able to reach kids who would likely never have come to the church. By bringing VBS to our individual communities, neighbors who would otherwise not have known or cared about VBS came and had a great time. Those kids, and many others, learned about Jesus that week! All around Memphis there were songs and skits about Jesus being heard and performed. Second had been praying for a way to impact neighborhoods and expand community outreach, and God answered that prayed through something that initially looked like a problem that needed solving.

This idea for pop-up VBS camp would not have been necessary if not for COVID, so a look on the bright side: we spread Jesus (not COVID!) all around Memphis that week.